At one point while we were still in the water and I knew my family was semi-near with the boat, I almost asked Trina to tell them to take pictures. Later, in the hospital, when I told Trina this she looked at me like I was insane. What can I say? I like documentation and THIS was certainly worth documenting. Luckily for me, my family agrees. Both my sister and stepmom took photos during the rescue. Too bad no one picked up my super awesome camera to do it with. :) Here are a few my stepmom took. I don't have copies of my sisters' yet. I may post them later.
To the right of the Sheriff's boat you can see Trina holding me to her chest. She was amazing out there. Truly my hero. 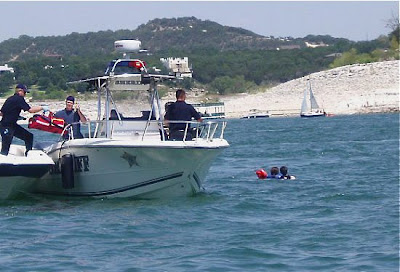 A rescuer standing at the side door of the St@rFlight helicopter. 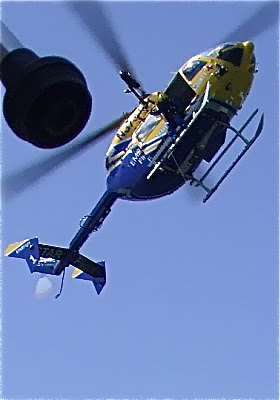 Mr. Swimmer being lowered into the water. 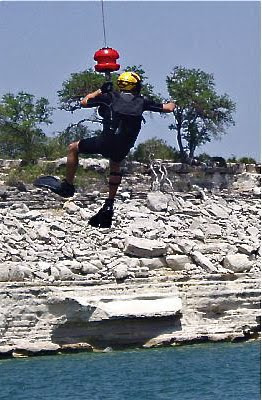 Below the yellow boat is Mr. Swimmer's yellow helmet. He has me now & Trina is out of the water and safely on the Sheriff's boat. 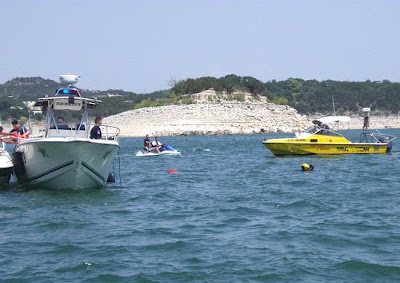 In the bottom right corner you can see me trying to shield my face from the helicopter's spray. 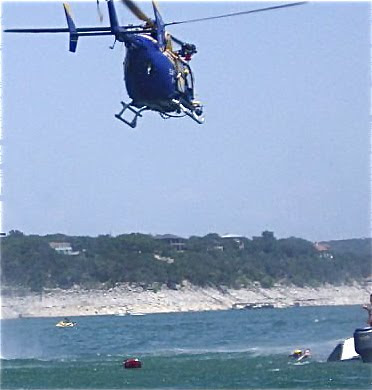 Above the red stripe on the boat, my stretcher & legs are just visible. 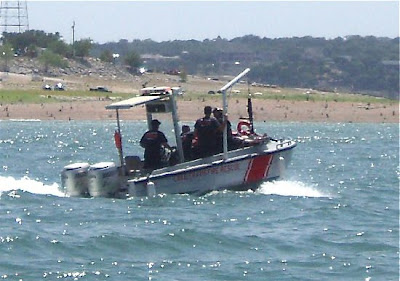 Mr. Swimmer & more rescuers walking me up the hill the to the waiting helicopter. 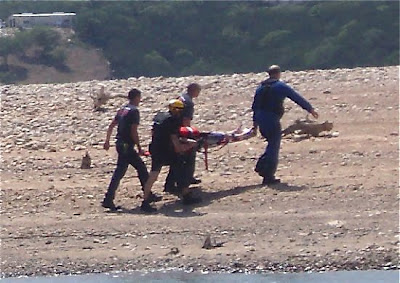