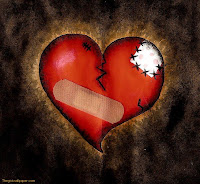 This is so heartbreaking to read, so I can't even imagine what you're going through as parents.

For whatever it is worth, please know that you've got huge love and support from here...

Take care of yourselves.

My heart is aching for you guys. Keeping you in my thoughts. <3

My blood was boiling over while reading the ER story. I can't imagine how hard that was for Trina. Especially with all of the fears you had going in.
I'm so sorry guys. I hope and pray that things will start looking up.

Oh gosh. What a terrible night at the hospital. I wish I could do more to help you.

Oh no! I'm so very sorry to hear what's happening with Linus. I am sending many thoughts of healing and strength to you all. I was horrified to hear about the ER experience too. You all have been through so much...

I got so angry while reading the ER story. And it's so sad that he has to go through all of this. I don't know how you do this. You are some really strong parents. I will keep that little fighter in my prayers.

I find it so hard that not only do we have to be parents but too often we have to be advocates to get proper care as well. That ER visit was awful! The thought of Trina knowing what needed to be done and getting dismissed makes my blood boil!

Beyond that, I am so sorry for the hard choices your family is facing. You remain in my thoughts and prayers.

You're all in my thoughts.

So sorry. I have no words other than it's not fair and I hope you can get the help that he needs. At least you have one great doctor on your side.

That's terrible. I'm so sorry. You should be enjoying your boys right now and instead you all have to go through this scary stuff. Hang in there, little Linus!!!

we're thinking of your family.

So so sorry you are continuing to have to go through this all. I am so tired of doctors/random medical professionals simply ignoring or dismissing patient concerns...

Sending healing thought to you and your boys'.

my heart is with all of you. I can not imagine the frustration and worry you are all going through. Take care of all of you and enjoy each moment.

So sorry to hear of everything that's happening with Linus. The ER visit sounds horrible. I was so angry reading about it. I hope things start to improve for your little guy soon.

My heart breaks for Linus's suffering and all that your family has to endure. You are in my thoughts often.

Goodness have you ever had a time! I'm sorry that little Linus is going through all of this! My cousin had 2 St Jude valves because of an infection that got into his heart and ruined his valves...however, he was 21 at the time. I remember hugging him and the click-click of the valves as his heart beat. It was strange at first, but saved his life. The other problem with the blood thinners is that they have a terrible side effect- aneurysms (which killed my cousin). I know that it might be a necessary evil for Linus, but please, do all the research you can before you sign the papers and he rolls away from you into surgery. Many thoughts and prayers for all of you!

Oh no. I hope all goes well and he starts to feel better soon. Keeping you guys in our thoughts. You guys have all been through so much.

You are always in our hearts, Robbie. You have SO many people praying for your little guy. You're doing a great job and your mama-instincts are definitely getting their workout. Hoping for a repair and not a replacement. You can do this. I put extra prayers and love in that package of hats. Make sure you use some of it. ;-)

Sending so much love to all five of you.

Love and positive thoughts for all five of you - Jade

Poor Linus. I'm so sorry things are so hard for your family.

I have only just stumbled onto your blog, so I haven't had time to read any of your other posts. Just wanted to let you all know that I am thinking of your little Linus. I am so sorry to hear of the experience that you had in the ER. I hope that everything takes a turn for the better. Take care.
Helen xo